OK, don’t tell my husband, but I have a fictional crush.  That is, I have a crush based on a fictitious character.  I think I’ve always had one, but the object of my literary love has always changed with my own chapter in life.  When I was a little girl, I swooned over Peter Pan (the Michael Hague one, not the Disney version).  My friend once asked me, “It’s because he never grows up, right?”  Duh, no!  It’s because the guy can fly.  I mean is that sexy or what?!

Then I moved on to Robin Hood.  I don’t know, maybe I had a thing about guys in tights.  But clearly there was a trend here in dashing, swashbuckling types. 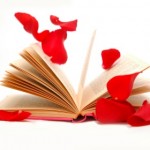 When I was in high school and full on into my comics book phase (which has yet to end, I must say) I totally crushed on Namor, the Submariner.  He was soon replaced by The Sandman (Neil Gaiman‘s doppelganger) and you could throw John Constantine in there as well (not the type played by Keanu Reeves in the movie, however.  No, I pictured Constantine as more the Sting-in-Dune or an early Kenneth Branagh type)

And speaking of Kenneth Branagh, let’s not forget my little passion for Shakespeare’s Puck character.  I was always into guys who liked to laugh, so I guess the whole “Lord, what fools these mortals be!” thing really floated my boat.  And don’t even get me started with Prince Hal or I’ll have to take a cold shower.

I’ve since advanced to having a crush on Sirius Black.  I even had it prior to Gary Oldman’s contributions, but he’s really pushed it over the top.

Look, read into my fictitious crushes as you will.  Many of them, for instance, straddle different worlds:

The Sandman – sleeping and awake

But the fact is that my fictitious love life began with my love of books.  I may not crush on Edward, and Jacob may not make me swoon, but I understand the feelings that make a person deeply love a character.  And I feel so badly for students who come to me by middle school not having felt passionately for a book, much less a character.

It’s a richness in life that has been lost on them.  These kids, the ones who have not found reading yet, look around and see other students dying to get their hands on the latest in a series; and they don’t understand the enthusiasm.  They shrug it off like it’s a club whose velvet rope is impenetrable, and their shrug is their veiled disappointment in being locked out. 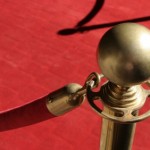 Don’t see the shrug and write off that student as uncaring.  Make sure, as a teacher, that you are reading what’s behind seeming indifference.  Get a book in their hands, and keep putting books in their hands, until they bust open the door to the club.

« Obama’s “Race to the Top”
Twitter as Think Aloud »