What’s In a Name? – The Questionable Branding of the “Common” Core

Every staff meeting, in every school, is the same.   OK, so maybe that’s hyperbolic, but I’m sure we’ve all been there at one time or another: an administrator comes in and declares the new instructional practice du jour. There are moans, probably heckles, and not a few eye rolls.    Haven’t we done this all before? After all, the educational pendulum swings often, and throughout a teacher’s career, we see many supposedly silver bullets come and go. The Common Core movement, however, is no fad, and there are key differences between this era and those that came before it.

The fear, however, is that somehow writing for a common core movement will somehow stifle creativity and uniqueness.  To me, that description sounds much more like the standardized movement of yore rather than this new standard for education.

See, I see common core as recognizing creative thinking, creative writing, and creative ways of expressing oneself.   It’s about weaving together multiple genres rather then segregating them.  It’s about using technology to communicate, not struggling to teach technology in lieu on content.  It’s about assessing through real world role-play rather than merely for the purpose of the genre of test taking.

I think, if anything, the writers of the common core standards fell short on branding.  I mean, as much as I hated NCLB, nobody doubted the effectiveness of the name.  How could anyone NOT pass NCLB?  I mean, if you did, you’d clearly WANT to leave children behind right? 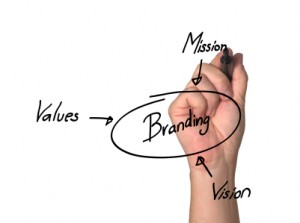 But those who named the common core standards clearly did not come from the same school of savvy marketing. I’m assuming they chose the word “common” because it meant that we all have some lessons and goals in common.

But they neglected the other meaning of the word, the one that means bland and indistinct.

This relates to the outcry that went out as a result of the speech that went viral during the spring of 2012, the one where faculty member David McCullough from Wellesley High School claimed none of the students were special.  (They were all, dare I say, “common?”)  People were in an uproar.

So too are many teachers who struggle through the philosophies of the standardization movement and the watered down education that seems to have been created as a result.  And now when faced with this new “common” movement, will it be more of the same? The terms (common and standardization) are ones that everyone is frightened have begun to define the American educational system overall.   I mean, wouldn’t it be a different spin indeed if we were embarking on an educational era called an “Innovative movement” rather than a “standardization movement?”  But I beg you to look beyond the terminology and start thinking of ways that the common core standards are actually Uncommon.

Now, I’m not saying that the standards themselves are innovative.    Nope. I mean, come on, we’ve seen them in some way, shape, or form before.   But what we haven’t seen is the insistence that ALL teachers involve the 4 Cs into their teaching:

…and the promise to assess students based on those skills rather than asking teachers to just fit them in between the cracks in the time we have available after teaching our content.  They must now become a part of our content.  Thankfully, the Common Core assessments to come require that we teach using those skills.  Therefore, the assessment tail that is wagging the dog is a much more interesting and valuable tail.  THAT’S what’s new. 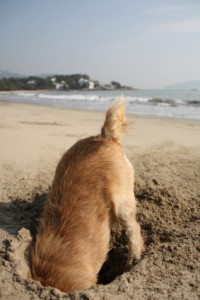 “Make conjectures and build a logical progression of statements to explore the truth of their conjectures.” – Students should build arguments to support their choices, arguments that are made in addition to simply answering the given equation.

“Justify their conclusions, communicate them to others, and respond to the arguments of others…Mathematically proficient students are also able to compare the effectiveness of two plausible arguments, distinguish correct logic or reasoning from that which is flawed, and…explain what it is.” – Students should be able to argue through different methods why they chose the equation they did and prove in ways that are not just quantitative how they derived at an answer.

The standards talk about possible choices of responses: debate, written essay, digital project, etc…Student Choice is acknowledged as vital in a rigorous program, and writing will now be a skill universally assigned and assessed in all disciplines.

But if student choice is king, then what if the method of assessment a student chooses may not be our area of expertise?   After all, no teacher is an expert in every method of communication.  Writing is now something everyone must do; yet many (and I’m speaking in generalizations here) Math and STEM teachers have not worked that muscle for years.  Many ELA teachers still struggle to incorporate numbers and data into their writing expectations or still categorize their writing genres from quarter to quarter, a school-made pattern that doesn’t exist in real life.  Some elective teachers still don’t utilize digital storytelling or technology integration.  And many, many teachers still don’t allow for student choice.

So how do we incorporate those skills, address the standards, and prepare students for their futures?

The answer is: collaboration.  By working together as content area experts, we can guide students to use uncommon ways to prove their knowledge of the standards.  In other words, the Common Core standards not only ask that students work together, but that teachers do too.  By working together in a tighter way than ever before, we can all support student achievement. 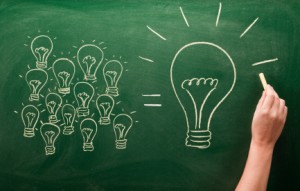 But we need to move on from the past that allowed teachers to close their doors and work in an isolated way.  We need to look at the Common Core goals not so much as “I scratch your back, you scratch mine,” but as a path we must travel together.   We aren’t doing each other a favor by incorporating these standards and integrating each others’ subjects into all the classrooms; we’re achieving these new requirements in the only way we can…together and as a team.

Going back to McCullough’s speech.   If you stick with it, you’ll hear that the point really isn’t that all students are common, but rather that being special is about how you contribute to society.  That’s what defines you.

So is it with Common Core assessing.  It’s about how students use their brains to contribute to a topic, not just the regurgitation of that topic.  It’s about not just the content but the collaboration, communication, critical thinking, and creativity involved in communicating that content.  And that’s not common.

« 40 Strategies for Teaching ELD Students
Edutopia Post: How Can We Make Assessments Meaningful? »