Do You Remember the Moment When You First Learned “Grit?”

OK, so here’s my confession: I’m not so sure that grit can be taught.  I know, however, from experience, that it can be learned.   So I think it’s time we all had a frank conversation about the role of school and the teaching of character traits such as the keyword du jour: grit.

Grit just might be one of those traits that must be learned through the life experiences of each individual person.  It comes in time; it comes with maturity, and I believe that every single person can learn it.  I just don’t know if it’s a trait that we in the K-12 educational system should be freaking out or geeking out about.

In school, we can make kids follow through.  We can assess “readiness” by checking for materials and their ability to meet deadlines.  But is that the same thing as teaching perseverance?

I know teachers who give detention when homework hasn’t been turned in.  (Incidentally, that always seemed silly to me.)

I know parents who have complained because in the one year their student was in my class, they felt that the reason their student never read was because I didn’t check the Reading Log as frequently as they believed it should be checked.  (Of course, this had more to do with the fact that I didn’t think the Reading Logs my school required were effective than a lack of desire to teach follow through.)

However, I don’t think demanding follow through magically teaches intrinsic grit.  Sure, it teaches students the expectations of how to succeed in school; but that doesn’t indicate the true grit needed in life.  And it’s the true grit that’s what we want them to learn. 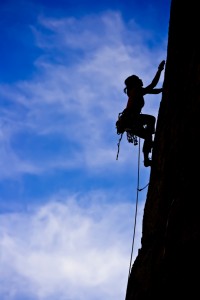 But it’s this issue of teaching character traits such as grit that somehow makes me suspect.  I understand the concern.  If we as educators are tasked with preparing children for their future, and we as mature adults recognize that grit is something successful people possess, then people are naturally connecting teaching grit with something that must be taught at school because they are desperate to find the reason behind those who have it and those who don’t.  And while I believe that school must be talking about those things, I think that we as a society are dangerously close to making it schools’ sole responsibility and, thus, schools’ failure if a student doesn’t possess it.

Frankly, I believe grit just might be one of those traits that must really be owned by the student.  That’s not that we shouldn’t point out the hard work that celebrities, sports heroes, tech gurus, and everyday success stories might have done to achieve their dreams.  But I think that even if they are hearing it time and again, for years on end, the child still ultimately absorbs it at the time that is right for him or her.

I’ve written before about the Equation of Student Success.  That each variable in the equation (schools, lawmakers, parents, and students) have a role to play in achievement, and if one variable drops the ball, achievement is threatened.  In this case, I can’t help but wonder if grit isn’t a student’s responsibility to learn and it’s the responsibility of the adults around that student, all of them, to make that kid aware that it’s a trait worthy of possessing.  But perhaps our responsibility to “teach” that trait ends there.

That doesn’t mean we give up, of course.  It doesn’t make it any less important to make students aware of grit and of the fact that it can be within the grasp of all students. However, the great lie in my opinion is the fact that we have anything to do with their deeply learning it.  I believe grit is about having a passion for something enough that you’d do anything to get to the goal, be it law, landscaping, mechanics, IT work, theater, writing, or science.

I loved Vicki Davis’ post for Edutopia that gave some advice on making students aware of grit, and I deeply believe that we have a responsibility to teach students that grit and follow through are valuable traits to obtain.

But you want to know the real important job?  The one that will really help contribute to teaching grit?  It’s in the 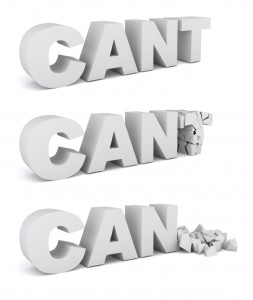 school’s execution of exposing students to as many pathways of professions as possible, all the while giving them knowledge of the skills so that as many doors are open for them as possible.

That’s why budget cuts are not just making our public schools less engaging, they are cutting at the very heart of anyone’s attempts at teaching something as important as perseverance.  Where else but in school does a student have access to content experts in the arts and sciences?  Where else but school could a student have exposure to vocational programs and sports programs taught side by side with programs immersed in academia?   Schools allow students to peek into doorways that might trigger some kind of desire to learn grit.

That’s the key, of course.  The desire to obtain it.  That desire can be prompted with opportunities and exposure to different pathways, but sometimes, even with opportunities, grit isn’t learned until that child, that even that adult, is ready.  I’m a great example.

WHEN I LEARNED GRIT

To answer my own question in the title: when was the moment that I first learned grit?  I would have to say that it was when I was 29 years old during my teacher credential program.  No earlier.  I was an adult.  I hadn’t learned it in my public primary school, my private elementary school or rigorous college preparatory high school, my years in liberal arts college, or even during my first few jobs out of college.

It was when I’d discovered a passion for teaching.  In teaching, I wanted something bad enough that I pushed through hoops, I put up with BS, I paid dues, and I followed through challenges for the first time in my life such that passing wasn’t my goal, excelling was.

I was always told by both my parents and teachers that I would be bitten by something one day, and they were right.  My parents exposed me to different paths and professions.  My schools exposed me to others.  So we as educators and parents can’t stop talking to students about grit.  But that is where our responsibility ends.  I had to take it from there, as a person invested in her own future, and keep seeking my passion and work hard enough so that doors weren’t closed to me.

Having this term, grit, out there in the ether is a good thing, so long as the blame for a student not possessing it yet doesn’t fall on the steps of schools.  For until I found my own passion, I may have followed through, but that didn’t mean I had it.

Keep talking about grit.  Encourage parents to identify it and encourage it.  But make sure that we put the responsibility on the child for this one.  It’s theirs to find and theirs to make their own, based on the passion that they may one day discover far from our care.

« Can you trick a student into thinking critically? Or is it just a trick?
So You Think You Can Dance + Math = STEAM »