Kelly Gallagher, educator and author of Teaching Adolescent Writers, came and spoke to the UCI Writing Project on Friday and his focus of the presentation was a Golden Line: The Goal in Education is “Everybody Improves.”

Duh, you say, isn’t improvement always the goal of education?  Actually, no. When you consider AYP scores, for instance, the goal is to hit a benchmark, not the level of improvement you made to hit it.

A little background before we proceed: AYP is defined as “Adequate Yearly Progress” by the No Child Left Behind Act of 2001, (The only law I can think of that requires, in its very title, a 100% success rate or it will be deemed a Critical Failure, 0 roll, Do not pass go, Do not collect $200).  Now, I believe very strongly that school standards are necessary.  It’s important to see how schools stack up against one another.  I also understand that we want to see improvement in weaker schools.  I want to stress, however, that I have an issue with the inequity that AYP doesn’t address.

It’s important because it’s a first step in analyzing WHY there are differences between schools.  But it’s a shame that funding is hinged on these scores.  After all, these scores aren’t based on overall improvement; they are based on whether a school or district hit a benchmark.

Why isn’t success based on overall improvement?  Let’s face it; we all know that San Marino Unified is going to have great scores.  We know because, as seen in a recent Washington State University study, the income of the family is the #1 direct correlation to the test scores of a student.  Now, I don’t want to begrudge any public school district any financing, but why must there be a benchmark to reach that determines funding?  Why can’t a school who begins low, get credit for their improvement, even if the improvement is a little at a time? Does this not show effort and ability to evolve?  Surely a public school that improves itself even fractionally, deserves more financial support to help support its climb, not the threat of fewer resources?  It looks a little like this:

Now, if a school is in Program Improvement (and I still mean those schools that have grown enough to show improvement in a majority of their subgroups) elements of support begin to get threatened.  First, a counselor might be fired, then the electives program might be forced to go, and so on, until even Title I funds from the federal government might be hanging by a thread.

Which, in a round about way, brings me to Kelly Gallagher’s very powerful sentiment: why shouldn’t students ALSO be scored on their improvement as a means to assess their learning?  He suggests scoring their quality and quantity of revisions, not just the final draft of an essay.  Duh, right? 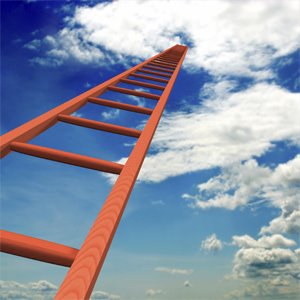 He calls this a “mid-process grade.”
He offers that the goal of “Everybody Improves” is a very empowering mentality, both for the learner and for the teacher.  Why can’t a student that improves from the bottom of the pile to the middle of the pile feel success?  And would not this feeling of success help propel them to achieve more?
Let’s face it; feeling victorious is an addictive sensation. People who feel successful want to feel that way more, and that helps motivate.  But if a student gets Fs time and time again, it becomes defeatist and self-fulfilling.
But Gallagher isn’t so slaphappy that he isn’t looking reality in the face.  In one year, he admits, a high school teacher is not going to be able to take a 3rd grade level reader and make them a 10th grade level reader.  But if that student works hard enough to get to a 6th grade level, are they not entitled to a level of victory?  Shouldn’t there be some assessment that calls that successful?
And, by the way, the one group Gallagher didn’t mention were the honors students, those kids already hitting those arbitrary benchmarks.  Isn’t it our job to challenge them and demand improvement, even if they have already “met?”
I’m not suggesting that we lose rigor.  In fact, I’m supporting that we insist on it, for ALL students.  I am saying that we as teachers need to find other opportunities for lower level students to taste success and for higher-level students to ask more of themselves.  It just might translate to increased motivation for all.
And that is true success.
Repeat after me: your goal next year is “Everybody Improves.”