Should a free education be unconditional?

So you know when you get your group of kids on the first day, there are those who immediately set off your alarms?  Well, that definitely happened to me on my first day. 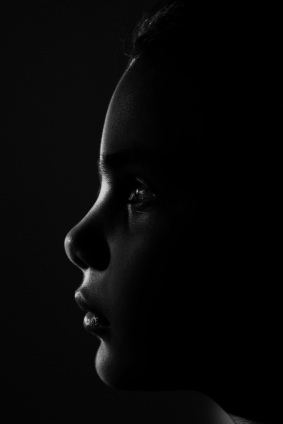 I have a student who clearly needs help.  His peers are weary of him already and his confrontational style seems not as intentional as inherent.  The startling comments and “seething anger”, as his last year’s teacher put it only three weeks into the school year, seem uncontrollable.  This same teacher recorded that he asked if her windows were bullet proof.  I wasn’t, of course, given this information up front.  I had to seek it out.

His first quickwrite of this year centered on cussing out his last teachers and cranking them nightly on the phone.  His pride in his violent video games is apparent.

Like children with Asperger’s (of which he has not been tested to date), he seems unaware of cues or the goings on around him: calling out with inappropriate comments, walking in front of me while I talk to the class, handing me items while I’m in the middle of instruction.  Annoying, yes, but harmless.

He also will not make eye contact (could be cultural, but this seems different than others of his ethnicity and nationality) and walks robotically, stiffly, without movement in his shoulders.  Strangely enough, and I’m clearly not a diagnostician (though I play one on TV), the few students in my career who have had symptoms like this seem to also come with apparent sinus problems.  His eyes are puffy with nasal issues, he is sniffy, and I can’t help but wonder if there is a connection.

So I approached the counselors who know me as a real student advocate and as a teacher with a somewhat effective antenna.  I don’t send kids to the office.  I handle my own discipline issues, which are few.  So when I come in, they listen.  The afternoon after the first day of school I walked in and said, “So, what’s up with X?”  They pretty much flopped the file onto the desk, a file the size of our Language of Literature book.

“We’ve been at this all last year,” one counselor said.

At this time another counselor walked by and, overhearing our conversation, poked his head in and added, “Hey, let me guess, we’re talking about X?”  Yes, unfortunately, we were.

So it turns out that by the end of the year, our school psychologist didn’t feel that X was in need of anything in particular.  Mom had been called in after numerous pictures and writing samples had been compiled by the teachers from 6th grade.

From what I can gather, Mom is concerned about the stigma of a child in counseling (again, quite cultural), so while we insisted it was necessary, she refused to get him help.  Instead, she claimed that X merely has a great “imagination.”

So my questions to my readers are these: Should a free education be unconditional?  In other words, if a child is showing early signs of being a threat to himself, to others, or simply in serious need of help that cannot be provided in a mainstream setting, should there not be regulations that designate that a parent seek help for that child as a condition of their free education?

If we are the child experts, why is there no power to help that child?  Where is our leverage?

And, in the extreme case, is there not a law somewhere, or at least some rhetoric, that a teacher can employ and quote in a meeting, that pushes the issue farther than just our typical shrug of “the parent has all the power?”

Last week, Barack Obama insisted that parents be accountable as well as the schools.  But how?  Joanne Jacobs posted the question last week regarding Obama’s important question sans answer.  What can be put into place to ensure that they will be?  And do we not owe as much to those students who are in the classrooms with a student like X?

I want to help this kid.  But clearly we cannot be unconditional in our tolerance for parents who will not unconditionally help their own child.