I’m being stalked by two of the tiniest, cutest 7th graders I’ve ever seen.  Big eyes.  High voices.  You know the type.  They are apparently the heavies for Yearbook, sent out into the wilds of 8th period to swing open classroom doors and announce, “You owe Yearbook $12.50.” Yes, the Yearbook Mafia Family is after me.

It all started earlier this week when these same ladies, sweet and innocent, were sent around to ask if anybody would like to support Yearbook by buying a sweatshirt.

(Knock-knock) “Hi, we’re here from Yearbook.  Would you like to buy a sweatshirt?” asked fairy #1 with helium in her voice and a smile that did not reach her eyes.

“Actually,” I replied, instantly charmed by some Gandolf-ian power that I did not comprehend, “I wouldn’t mind a T-shirt.”

“No,” said the other pixie, her eyes widening.  “You really want a sweatshirt.”  I felt her power trying to bend my brain, but I resisted.

“Thanks anyway, a T-shirt is fine.”  Her eyes got even wider, evidently surprised by my own will power.  She shook it off quickly though and extended her hand.

So began two more days of harassment.  They left me notes.  They interrupted random classes.  They stopped me in the halls.  I was starting to panic.  My excuses were becoming more and more shallow.  What was I going to do?

I voiced my concerns for my own safety this morning with my 1st period class.  “I mean am I going to have to sleep with da’ fishes if I don’t cough up the loot?” I asked my 8th graders, my eyes darting this way and that.  “Will they send me to the bottom of the LA River wearing concrete shoes?”  I was really panicking when my student, Trevor, who sells scalding beverages made from powder and water for the Africa-mosquito-netting fundraiser looked up from his Writers Notebook and said, “I know these girls you’re talking about.  They’re scary.  Buy some drinks in the morning and the hot chocolate guys’ll protect your back.”

I realized the reality of what school had become…a neighborhood of Fundraising Families.  Each want money from the community.  Each promise something in return.

Choir pushes Westfield Mall cards.  The orchestra has cornered the market on mediocre car washes.  ASB, the godfather of them all, has infiltrated every event, upping the price on Cosco water by $.5 a bottle and creating a monopoly of after school nachos.

If I supported each of these fundraisers, I would be forking over hundreds of dollars a year just to pay for the activities that the school offers.  And that doesn’t even include the money I spend on my own classroom supplies and classroom library. 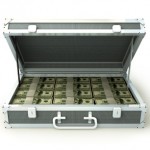 In a prior tweenteacher article, I posted that “Fundraising Sucks,” and with budget cuts as they are, even some classes have been threatened.  So, building on an already full workload, fundraising has been added to many teachers’ job descriptions.  In addition, there are new laws limiting what can and can’t be sold.  So teachers have to get creative when wearing their producer’s hat.  Furthermore, with desperate times come desperate programs.  We, the faculty are hit up practically every day by one organization or other, to contribute money to the running and the offerings of the school.

So I have to prioritize where to spend my money.  The hot chocolate guys might protect me on the street today, but what about tomorrow?  What if the Fellowship of the Yearbook brings its hoards of pixie paparazzi upon me?  They do have the power of the media, after all.

What fundraisers go on in your schools that don’t continue to draw water from the faculty well?

While I’m waiting for your answer, I’m making a check in the amount of $12.50 out to Yearbook.