I just finished The Hunger Games by Suzanne Collins . It took me awhile to get a hold of it because the minute I brought it into my classroom library, there was a line a bazillion students long ahead of me. I had to pull strings and use my clout as the teacher in order to bully my way to the front of the line.

I have to say, while I find Collins’s prediction of our future quite grim, I was in from the very beginning. Here’s the premise: North America has been devastated as we know it and has become the nation of Panem. The land is now ruled by the gloriously luxurious and plastic surgery fixated Capitol City. Outside of the central city is the rest of the country, divided into 12 districts, each focused on their own specialization, but none are able to reap the benefits of their own expertise due to the Capitol’s appetites, demands, and brutality. Picture Oz but with a bloodlust. Anyway, these regions attempted a rebellion years ago, but were brutally quelled by the city’s forces. In order to keep the districts in line and to remind them of their military loss, the Capital now stages yearly “Hunger Games,” a televised blood sport a la the Steven King book and subsequent Schwarzenegger movie “The Running Man.”

But it wouldn’t be tween reading if it wasn’t from a kid’s point of view, and that’s what makes this book so unique and riveting. After all, those who are chosen to fight to the death are pulled from the pool of 12-18 year olds from each region. One boy and one girl are randomly chosen. Every family must submit their child’s name. However, if the need in one’s family is warranted, a youth may submit his or her name for the drawing more than once in return for more food and supplies. Thus, many of the more profitable families only have their child’s name on one slip of paper while others have their name entered 40 times. 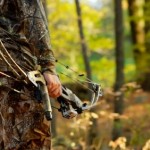 Enter our heroine, 16-year old Katniss Everdeen (whose name, I believe, is also a shoo-win for the Bath and Body Shoppe “Name our next fragrance” competition.) She has long since been the breadwinner for her family and an illegal hunter of game for her district after her father died in a mining accident years prior. Her little sister, only twelve at the time, gets selected and Katnyss volunteers to take her place in the games.

For a good portion of the book, we go through the Capitol City from her rural point of view, with its food, its horrific priorities, and its vapidity. She is celebrated as a contender and feared as a contestant. As the book progresses, the reader journeys along some real philosophical pathways.

These children, 24 in all, are on this game show of sorts to kill each other. And kill they do. Brutal, horrible deaths. But the true horror is in Panem’s acceptance of these games.

This book asks the reader to come along a very unlikely ride, but ties in issues that relate to us here and now. Much like Neal Schusterman’s books (Everlost, The Schwa Was Here, etc…), Collins makes the reader think about topics bigger than the plot itself. Philosophy, romance, Nature vs. Nurture, these and many more issues also star in The Hunger Games.

Katniss is a heroine for the future, but what makes this book so engaging is that she also sits in each and every one of our classrooms.

The Hunger Games is not for the faint of heart (although my students said it wasn’t so violent, but that’s a topic for another post), but, as always, it’s important to offer many types of books in one’s classroom library.

And just remember: make sure you’re a part of the discussion.