Here’s why test scores shouldn’t be the only criteria…

OK, so my first period’s “Advanced” group went up 40% between their 1st district assessment and their 2nd. Another period went up 37%.  Even my Honors class went from 81% Advanced to 97% Advanced, with only 1 student found in the Proficient category.  So why don’t I believe that my metal should be judged on test scores?  Because I have one class, my 7th Grade ELA class that went down; and through careful reflection I’ve been analyzing why.

And these whys are the elements of teaching that are beyond my control. For each student I mentor and educate, differentiate for and give one-on-one time to, for every student I work with, seeing them up and out of the “Far Below Basic” category and into one, or even two steps above, I get the new student to the school who enters into the vacated “Far Below Basic” position. 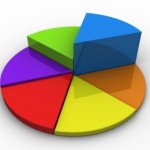 Over the course of October, I got 8 new students into this one class, beginning a never-ending tipping of the scales towards ineptitude’s favor.  In November I got another new student, this one kicked out of his school and, based on his records, his entire state.   Later on in November I got another student.  And in December I received yet another who has since disappeared, but not before he had showed up to take the district assessment.  There has been constant ebb and flow in this one class, losing 4, gaining 3, losing 2, gaining 2.

On Tuesday I had a meeting with a parent whose kid resides in that one class who had decided that her kid doesn’t have to do summaries because “she knows how to write already” and “summaries are a waste of time.”  Of course in March, the CST 7th Grade writing exam could be a summary, but, hey, why prepare her for that?  Her child broke her glasses in August and they haven’t been replaced.  The student has also been out more than 20 days, and it’s only February.  Mom thinks I have it out of her daughter because I gave her a C on her report card.  The meeting was called abruptly to a halt because mom’s cell phone rang.  It seemed her infant that she had apparently left in the car was wailing and she needed to go tend to it.

On Thursday I had a meeting with a mom whose kid (see my prior post on him, “Should a free education be unconditional?”) is writing “Kill, kill, kill, Help, help, help” on his agenda and whose writing goes far beyond the bloody, comic book horror you sometimes see from boys at this age.  Mom said he’s just confused and doesn’t understand what’s he’s writing.  During the meeting, mom’s friend yelled across the table, “We told you to control those violent urges!”

How is it that I’m called into these meetings to defend my teaching, yet somehow I’m not allowed to call a meeting forcing these people to defend their parenting?

One student is writing only about exploding heads (counselor and parent, who continuously cancels potential meetings, has been involved since day one), and other students are seemingly the result of immaculate conceptions, as we can’t find their parents anywhere.

Discipline-wise it’s under control, but academics-wise it’s all I can do to just make sure the class functions.

The kids show up and they work in a controlled manner, low-level work, mind you, but they work, perhaps more than they ever did before.  They smile, we laugh, we collaborate.  We inflate their balloons of knowledge together. They grab their strings and hold on, rising up and up, just a couple of inches at a time, pulling their own weight towards success.

But with every successful inch upwards, we (pop) come thudding back to our seats in failure.

I met with my principal the other day about my data for each of my classes.  She’s really thrilled, as I am, with the successes I’ve been seeing in general this year.  When she looked at my class list for my 7th graders, however, and saw who I had, she smiled at me sympathetically and said, “Well, I guess it was just your turn this year.”

But let’s face it, it takes many years of failure and issues prior to your year with them to create the failing habits that they have embedded.  You still work with them, you still do everything you can.  You NEVER write them off.  You celebrate those inches that they rise.  But when you get THAT class, you really have to try to not take their struggles home with you.

But for the effort it takes to just care so much and try to hard, even if they fail, I shouldn’t be punished financially because the loaded barrel spun around to me this year.

« How Do You Manage Your Online Communities?
Starting from scratch in teacher training »