Rarely do I hit up my readers for help, but I’m looking for classrooms to participate in, what I believe to be, a cool interdisciplinary Project Based Learning opportunity that combines Shakespeare and the digital era. 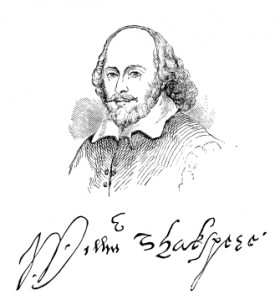 I was talking to Nina Zolt of ePals fame recently.  We are both huge Shakespeare geeks.  If we ran the world, Shakespeare would be uniting us all.  After all, he speaks with metaphorical language that breaks down cultural barriers and with universal themes to which all generations and eras can relate.  So our goal is to create an international digital production of Shakespeare’s A Midsummer Night’s Dream.

So here’s the deal: if you are a 4th-12th grade teacher interested in being a part of this unique project, or if you know someone who is, reach out to me by Oct 15, 2012.  Over the course of this school year, we will be doling out scenes to the schools who are interested in participating.  You have almost the full school year to learn, perform, and edit your assigned scenes.  If interested, I will send you guidelines so that all the scenes will have some basic foundational consistency.  Send the completed scenes back to me and they will be cut together in chronological order, from beginning to end.  Voila!  A collaborative online production!

You can involve a whole class or a small club of Shakespeare-lovin’ students.  It’s entirely up to you.  The timeline is yours, as is the amount of interaction you have with other schools involved in the project.  The ideal, of course, is to interact with other schools and discuss Shakespeare or acting or the Renaissance, or whatever you deem academically interesting.  Think of it like a theatrical pen pal project.  But it can also work in isolation.  So don’t let the fear of committing to work with other classrooms on their timeline be a deterrent.

Interested or know a classroom that might be?  I’ll take classrooms from all over the world or simply all over the U.S.  The potential for this project is exciting, and, if successful, it will become a 1st annual project with visions of similarly produced plays each school year.

I hope you can join me as I embark on this journey to celebrate The Bard.

« Middle School Classroom Management Tip: Collaboration and Fluid Grouping Trick
The Past 3 Months of Education in a Nutshell »