The Invisible Strategies of Teaching: #whatpeopledontsee

There is so much that happens that is never seen on the surface but that is active, like the Gulf Stream, propelling the learning forward.

For instance, here is a photo of my classroom: 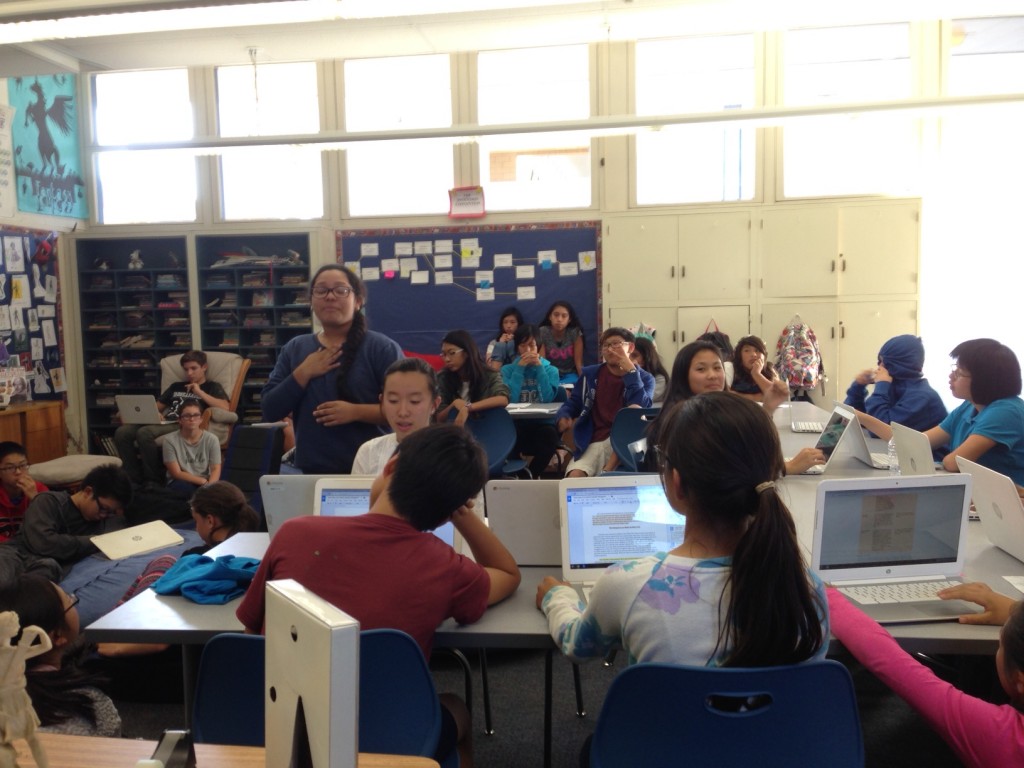 It was crazy that day.  Had someone walked in, I’m sure that craziness would have been misunderstood.  But here’s what people don’t see that’s residing just underneath the surface of the observable classroom:

It’s loud in a room that’s operating with so many moving parts.

It’s loud in a room that’s differentiating in such a complicated way.

It’s loud in a room where students are teaching each other.

But that doesn’t mean it’s recognizable.

So here’s my challenge to you, my reader: Go to my Facebook page and post your own picture with your own explanation of #whatpeopledontsee.  I want to see pictures from other people’s classrooms, and have educators share what those inner structures are. What is happening that the casual observer wouldn’t recognize?

« Who Was I In Middle School? A Reflection + Free Downloadable
Celebrating the Refugees Already in Our Classrooms: Memories and Advice From a Student »