I recently watched John Merrow’s interview with Michelle Rhee on the NewsHour.  Michelle seems like a real mixed blessing for education. On one hand, she’s willing to clean house, and education does seriously need it.  On the other hand, however, and much like the sweeping policies of NCLB, she’s a bit of an all-or-nothing authority.  (She’s also known as a Chancellor, which gives me a mental picture of a Lilliputian bearing a sash and gold medal, so sometimes it’s hard to shake the image even while listening to her policies.)

Education certainly has fat that needs trimming, but good teachers are not the magic bullet to shore up all the problems that result in underfunding.  They are part of an equation, and policy makers refuse to make each of these multiple variables accountable for their individual failures.  To put student and school success solely at the feet of teachers is to downplay the importance of those other responsible variables. 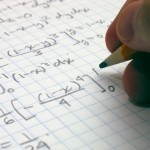 In the NewsHour segment, Rhee talked about the schools she’s closed and the principals she’s replaced.  At some point in the interview she says that despite the challenges facing school these days, a good teacher can handle it.  “If you have great people,” she says, “they can overcome continuing challenges with the system. ”  Inferring, of course, that those teachers who can’t overcome those challenges must not be good teachers and, additionally, taking the responsibility off of those variables causing many of those same challenges.

I agree with Rhee that failing schools, their administration and teachers, do need to feel pressure.  I agree that an overhaul of personnel is not uncalled for in a failing system and, frankly, should be made easier, with fewer incidences of union resistance and legal interventions.

It’s not her theories, however, that have me cocking my head.  I’m most interested in where she’s going with her methods. My concern is that her pendulum of toughness has swung so far as to distance herself from reasonable expectations.

For example, she mentioned one probationary school in particular that she’s recently merged with a failed school.  She’s fired the past principal and brought in another with the goal of instilling a 10% literacy increase in one year.  Of course we all want it, but who else is being held accountable, besides the school, to make this leap happen?  Since many factors went into the students’ failures, should not many factors be held to solving them?

This principal has spent his first few months bettering the absenteeism problem at this new, merged school.  Check.  He’s been working on establishing a safe environment, which we all know, is the first step towards learning.  Check.

But will he also accomplish higher-learning?  And if the students are learning more, will it translate immediately into test scores?  It seems like an unfair expectation of a principal that is just trying to keep his students safe and in school as a result of the school mergers.

Principals should be accountable regarding the stability of their schools: decreased violence, decreased absenteeism, etc…But to judge a principal on students he has just received (students from failing schools, no less) and to expect him to bridge the gaps in their previous educational experiences in just one year, is a preposterous goal.

I once worked at a school that closed during my time there.  It was like a divorce for an entire community.  It was bloody.  It was messy.  Some kids scattered to this school, some to that.  And some to the wind.   And as a society, we can’t expect those involved in an emotional catastrophe of that kind to just move on and survive without added support.

Kids can’t pull up their own bootstraps without the help of others.  And schools can’t do the same without more support.

Rhee seems eager, well intentioned, jump-right-in, but alienating.  This doesn’t scare me.  The best reformers have long since fallen under these categories.  But if she can’t massage the masses and she loses her way in her educational crusade (which many a crusader has been known to do), it is our students who will have truly fallen.