OK, I admit it.  I watched Glee last night on Fox after American Idol just because Ryan Seacrest told me to.

Stand aside Lean On Me, Teachers, Dangerous Minds, and Freedom Writers.  This new fall program, whose pilot aired last night after Idol, is the most accurate (and palatable) depiction of public school life that I’ve seen in a long time.  After all, who really wants to watch a show about teachers being taken advantage of, budget cuts, and student achievement?  Makes for some boring entertainment as we all found watching David Kelley’s 2000 drama, Boston Public.  Until now.

Humor, it seems, it mightier than the sob. 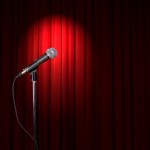 Basically, Glee’s A-story is about a teacher who offers to teach Glee Club and is told by all that it’s worthless.  His heart, however, says it’s not.  The B-story is about the kids who struggle to climb out of their adolescent roles and into something that actually means something to them.  It’s “The Breakfast Club” for geeks.

I know it’s cheesy and cartoony and full of dreams (I mean does your school have such vibrant wall colors?), but there’s something this show has captured that those dramatic movies only tell you they have: heart.  And heart is what abounds in every school, from the most privileged to the most challenged.  Jeesh, I sound like an ad.

Best beats of the show include:

-Our lead shows up in the principal’s office to offer to teach Glee Club.  He’s told that’ll be 60 bucks per month.  “Wait, and you expect me to pay for it?”  Not only is he told that he has to pay for it, but because of budget cuts, if he wants the elective he’s got to do after-school detention for free.

-Later, the principal tells him that AA wants to host their meetings in the Glee Club’s auditorium.  “Lots of drunks in this town.  And they’re willing to pay me $10 a head.”

-There are no glass coffee pitchers in the Mr. Coffee machine in the lounge.  Why?  Budget cuts.

-The teacher has to consider whether to pursue what he loves (teaching) or get a job with better money and benefits having just found out his wife’s pregnant.

-The monologue by Best in Show’s Jane Lynch.  When asked if some of her award-winning cheerleaders wouldn’t mind joining Glee Club, she responds, “OK, what’s you’re doing right now is called ‘blurring the lines.’  High school is a caste system.  Kids fall into certain slots.  Jocks and your popular kids: up in the penthouse.  Invisibles and the kids playing live-action-druids-and-troll-out-in-the-forest: bottom floor.” He asks, with trepidation where the glee kids are.  “Sub-basement,” she replies.

The list goes on. I’m not doing it justice.  But I tell you that compared to your typical, bad-kids-until-some-A-lister-comes-along-to-turn-them-on-to-learning-and-show-the-school-that-the-losers-really-do-matter flick, this show was brilliant.

And don’t even get me started on the background collegiate a capella music as the soundtrack.  Sigh. Brought me back, let me tell you.

The only negative thing I’ll say about Glee at this time (it is a pilot, after all, and character arch has yet to come) is the little scene in the beginning with the flamboyantly gay teacher brushing a student’s chest.  Although stereotypes abound in Glee in great even-handedness, portraying the homosexual teacher with the eyes for his student seems like there’s more at stake in the laugh than the dullard, bullying football coach character.  Plot-wise, it was a ploy to have the teacher fired so that our protagonist can move in and take over glee club.  Plot-wise it was also so that fired teacher could go off and make a living dealing weed, thus earning more than his mere teacher’s salary could ever garner him.  But could they not have gotten rid of this character in a way that doesn’t feed into the terror of the hearts of homophobic parents everywhere?  As my dear friend who brought this to my attention said, “Where was GLAAD in all this?  How did they let that through?”

It’s always wise to talk to many people, to get their perspectives, and to see through their eyes.  Despite this one line-crossing, however, we both agreed that Glee has the potential to earn our audience when it returns in the fall.

The pilot episode ends with our band of misfits singing, “Don’t stop believing.”  Their teacher, giving in to his own passion for teaching finally believes.  And we the audience cheers for the fall school and TV season to begin so that we might be gleeful once more.

« Merit Pay Nickle-and-Diming
Carnival of Education is in town! »