The Past 3 Months of Education in a Nutshell

It’s been awhile since I’ve blogged for my own site.  I’ve been finishing up my masters this semester, and blogging for my own enjoyment fell off my plate in the process.  Nevertheless, here I am, back on the horse.  In a nutshell, here are just some brief moments from the last few months in review:

GSA – Two colleagues and I began a middle school chapter of the Gay Straight Alliance.  The previous year, I was speaking to an amazing counselor at my school about some of our academically struggling students.  We looked at family.  We looked at income.  We looked at scores.  Of course, there was an elephant on the table for some of them. It was clear that many struggled with their own sexual identities, and during this vitally awkward time in their lives, we feared we didn’t offer any support to help those who might want it.  We could not longer pretend these realizations magically started in 9th grade at the high school.

We had 75 kids show up to the first meeting.  It’s student-led, with two students stepping up to co-represent.  The mix of students in the room ranges from honors to at risk, boys and girls, kids who are questioning to those who confidentially know who they are.  There are artists and athletes.  Many have gay siblings or friends or other family members.  Other students in the room are simply aware of importance of this time and this issue and want to find their place in its conversation.

For March, the students have decided to host a “Celebrate Diversity” lunch for the school.  They plan to have an activity in which students help each other script what to say to a friend who uses derogatory language to speak about certain groups.  They feel that the hardest people to reprimand about bullying are their own friends.  Their hope is that by giving kids words to say, it might make it easier to start a more honest culture in school.

The Election – Not much to say here other than it seemed to me that both parties were cut from the same cloth in terms of educational policy.  There were a lot of strong words about what is wrong, but that’s it.  I guess the candidates figured if they both just sounded fierce on recognizing problems, the public wouldn’t notice that they’d moved on to other issues without offering solutions.  ‘Nuff said. 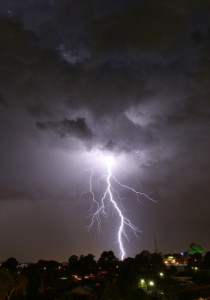 Hurricane Sandy – In terms of education, I think Hurricane Sandy focused us again on the issue of schooling beyond the walls of a classroom.  As with many natural disasters, there is always the question of how to keep students learning even while separated from their brick-and-mortar schools.  I think online learning has a place in this solution, but we are a ways from making it a reality for those who don’t already have a culture and infrastructure in place.  If school is out for a while, how do students who don’t normally function online begin that process, benefit from it, and transition back to brick-and-mortar once the disaster is over?  With my current degree, I hope to be able to think harder on this topic and bring my voice to the table so that formal learning isn’t always tied to desks and walls.

Piloting the Common Core Assessment – My principal has announced that our middle school will be piloting the SMARTER assessment this year.  It gives our students practice, sure.  But more importantly, it gives our teachers practice.  Our biggest problem right now as a staff is that it seems there are two camps: those whose subjects are being tested and those whose aren’t.  There’s Math and ELA who are freaking out in various degrees vs. all the other content area teachers who are nervously waiting their turn, cheering us on faintly from the distance like a crowd that is glad they haven’t yet had their names picked yet for the Hunger Games lottery.  Their lack of enthusiasm is also fueled by the apathy of PE and the electives program that will never see their subjects tested.  Sure all subjects must contribute to this evolution, but for many, if it ain’t assessed, then they don’t teach it.  Perhaps by signing us up to pilot the formal assessment we will all be closer to sharing the same goal.

Sandy Hook – This one’s a toughie.  As the parent of a 1st grader, my lens is blurred with tears.  Suffice it to say, there’s been a lot of talk about gun control, mentally ill databases, media influences, and security in schools.  I’m going to try to put aside my feelings as a parent here and focus on two issues as a teacher.

1.  The heroes of Sandy Hook were everyday teachers.  They were victims of the same media and political smashing as the rest of us.  Society works hard to try to convince us that teachers are bad and lazy, that we are overpaid and underworked.  I’m dearly hoping there is a shift due to this tragedy, and that this event hopefully reminds people who most teachers really are.

2.  It’s hard not to jump on the “I am Adam Lanza’s…” meme, by adding that we have all taught students we feared would become Adam Lanza.  I have a drawer full of files chronicling attempts to help certain students over the years.  These are students, from both private and public schools, who have shown the signs of violent behavior to others. These are students about whom many meetings focused, many phone calls were made, many emails were sent.  These are the students whose mother (because 90% did not have a father at home) would not sign off on having her child assessed.  Whose parent would eventually stop coming to meetings knowing the school would beg her to get the child help.  This reality is frightening to me as a teacher and as a parent.  Do parental rights somehow trump public safety?  I know there isn’t a clear answer, but it’s one that isn’t even being discussed.  Name a politician who has the guts to talk about parenting.  Name a lawmaker who wants to tackle this one.  Nobody.  And as long as nobody does, my file will slowly continue to grow.

So a new year begins.  I hope it is a brighter one for us all, one full of learning from the past to make a better future.  Happy Holidays to all, and I hope to see you all back here from time to time.

« New Shakespeare Collaborative Project: Anyone Interested?
Ring in the New Year by Remembering the Good »