One of the things I like about 3d Printing in middle school is that it makes the abstract more concrete. Middle schoolers need that because of where their brain is at developmentally. They straddle the threshold from concrete thinking to more abstract concepts, and hands-on learning really helps to push this development along.

Growth mindset also has a way of being very abstract as a concept. It’s almost too amorphous to believe for many students. An informal survey of my honors classes revealed that while they could define a growth mindset, only half of them felt they had one. Of those who didn’t, many said they believed in the concept but were pretty sure they “didn’t have it.” The others were skeptical about its existence at all. I wonder how much of that has to do with the pressure we (parents and teachers) put on our kids to learn it all and learn it quickly.

Nevertheless, embracing growth mindset is vital when we’re talking about teaching our tweens, all of whom are, after all, Works In Progress. 3D printing goes great with growth mindset because it helps our middle schoolers learn that they also often need multiple drafts before they get it right.

In one project, a student has to challenge their concepts of failure and embrace what they learn from each 3D-printing attempt.

Check out the image below of a student’s attempt to 3D-print badges that he designed for his table group’s superhero league. We were talking about symbolism at the time and designing badges that represent the causes our leagues would fight for. As you can see, this student’s comments reflect a growth from blame to ownership and finally success: 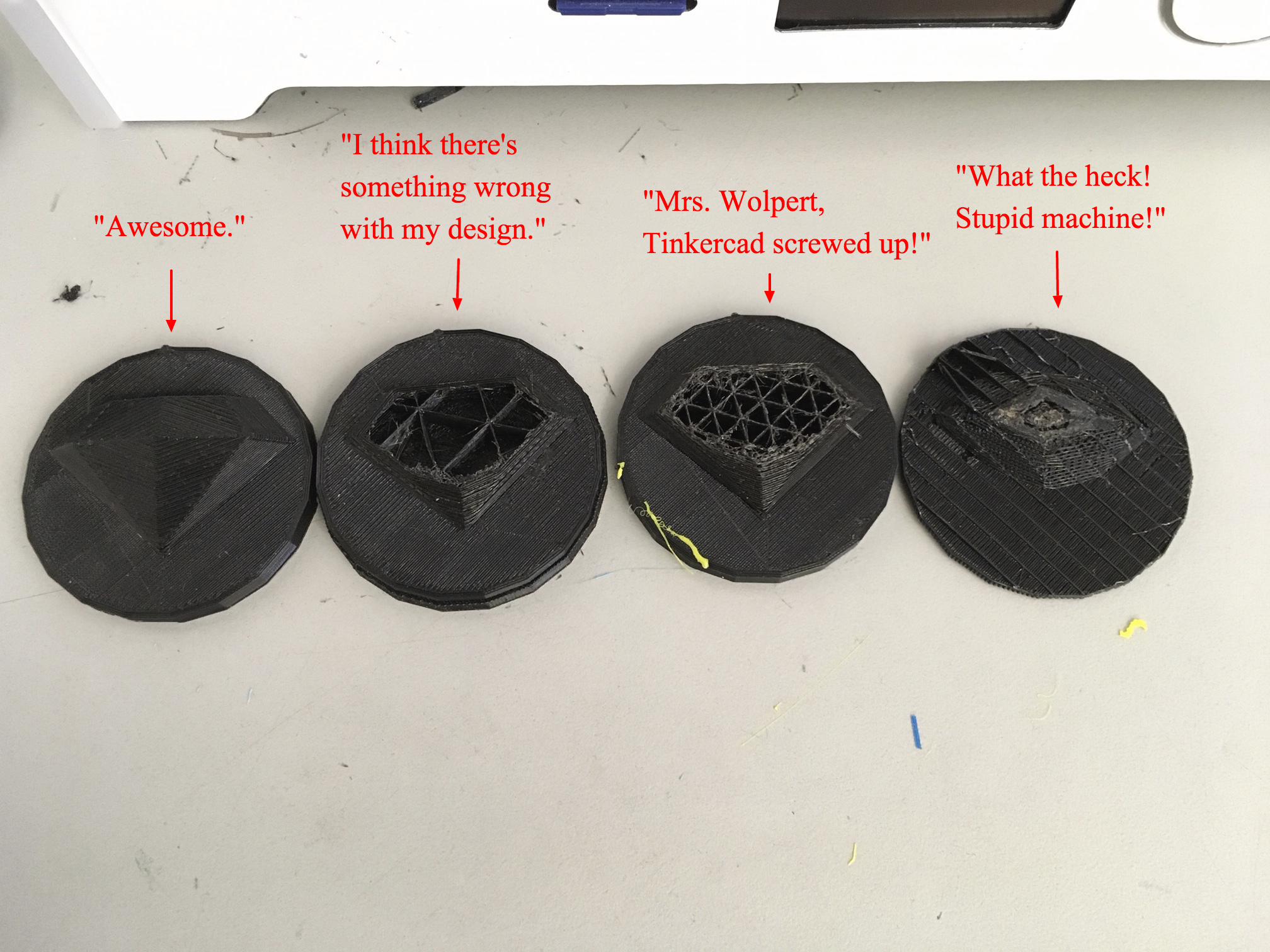 Here’s another series of prints. This one is of an invention that required some design tweaks before it could successfully print: 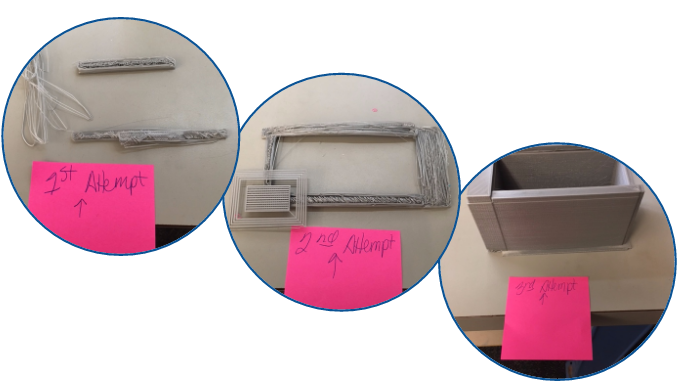 Making, and more specifically, 3D-Printing, can be made into a metaphor for other subjects and skills. In the poster below, I asked students to post the challenges they are having with anything they are making, whether it is a 3D print, a CAD design, or a more traditional essay.

Along those same lines, Thinking, therefore, is also a form of Creation.

Use the tools at your disposal so that they can be metaphors for more complex concepts. Help those middle schoolers bridge the worlds on which they stand, both the concrete world of childhood and the more abstract world of young adults.